We are pleased to present an interview with Prof. Dr. Andreas Radbruch, Scientific Director at the DRFZ in Berlin, and the current president of the EFIS. Dr. Radbruch is one of the world’s leading researchers in B cells, plasma cell and immunological memory today and has over 40 years of experience in flow cytometry and cell sorting. In this interview, Dr. Radbruch shared with us how immunological research has evolved over the years, what the future holds and what role organisations like EFIS can play in furthering the interests of the immunology community in Europe.

EFIS consists of 35 national societies and has more than 14000 immunologists as members. My vision for EFIS is that it should become more proactive. We should set up structures that promote communication between the societies and allow us to lobby for our interests. We should lobby for support to immunological and basic biomedical research, for which we have established task forces. Also, we aim to create pan-European communication platforms, like science clubs, where people with common scientific interests can communicate above the boundaries of countries. Another issue we have in Europe is the fairly steep gradient between wealthy and not-so-wealthy countries. Many of our societies are in countries where there is not much support available for science. I think that’s our job in EFIS to provide special support to such societies.

EFIS is the regional European organization of IUIS, the International Union of Immunological Societies. All the societies that are members of IUIS pay a fee to them but not to EFIS. When networking, we have our special problems owing to the diversity of the 35 European societies of EFIS. Even within the countries, interests may differ, but I am convinced that eventually, we will grow together.

I knew Leonard Herzenberg quite well and have visited him several times. We were competing, in a sense, as he too was interested in using this technology to isolate genetic variants of myeloma and hybridoma cells for genetic analysis of antibody production. The leading edge for someone like me, who is essentially a cell biologist working in immunology, is that cells are the units of life and disease, so we must have ways to analyse them individually. What people are now calling ‘single-cell biology’ is what we have been doing for more than 40 years. I was always a “cell sorter” more than a “cytometrist”, and now we see how important cell sorting is, with all these single-cell ‘omics’ technologies coming up like a tsunami. If you are a cell-sorting professional, you have a leading edge now. I think it is essential that cells of interest can be sorted. It has been even more important for me as I’ve always had to work with rare cells which are less than 1 in 10,000 or 1 in 100,000 in number. For such orders of magnitude, one needs to do multi-parameter sorts which are not possible without flow cytometry. You probably know that after some years, we got fed up with the slow speed of serial sorting and we developed a parallel magnetic sorting technology which is very good for the pre-enrichment of cells. In the end, you still need a multi-parameter cytometry to zoom in on particular cells. For the future, I see that it will be important to transfer information from single-cell omics technologies -single-cell transcriptomics or proteomics- back to multi-parameter optical flow cytometry. One can do more than 40 colours now, but it will be necessary to reduce the information from the global transcriptomes and proteomes into these 40 parameters. And then I think we can sort, analyse quickly and translate it to the clinics. That is my vision for the near future of flow cytometry.

I am happy to live in these times. The building next door on the campus is the Institute of Pathology of the Charite that was built around 1900 for Rudolf Virchow. In 1858, he published a book on cellular pathology in which for the first time, the concept was put out that individual cells are the causes of disease. As a pathologist, Rudolf Virchow said that if something goes wrong, it is the cells that are responsible, and that harmful cells must be identified and treated. Since then, the cell is the unit of interest in biomedical research.

One more thing that I would like to see coming up in cytometry, and something we are also keen on developing, is to go beyond human cells and spend more time looking at bacteria, in particular, those of the microbiome. This is an unexplored area and it is important to study micro-organisms that influence our health in expected and unexpected ways. I think we should make cytometers better than what we have now, which can discriminate or dissect the heterogeneity of these bacteria and identify and isolate particular types of bacteria. That would be a field of interest to me.

I have a very simple research strategy. This is the Institute for Rheumatology and Rheumatism Research. We know that when severe rheumatic and auto-immune diseases like multiple sclerosis and gastrointestinal inflammation become life-threatening, eliminating the immune systems of the patient results in remission, and then the immune system regenerates itself. So, it is the immune system that not only causes but also drives these diseases and upon regeneration, these patients build up a new immune system that looks like that of a little child. So, there is this ‘immunological experience’ which is called ‘immunological memory’. I aim to understand immunological memory because it causes these diseases. The imprinting, experiences and the lifestyle of imprinted and experienced lymphocytes that cause autoimmune diseases, are what I study. To understand this, you also have to understand ‘protective’ immunological memory cells. Some 23 years ago, we discovered the long-lived plasma cells in the bone marrow which are the cells secreting protective antibodies.1 Such plasma cells when making autoantibodies can be pathogenic. We also discovered that the lifestyle of these plasma cells is completely different from that of the B cells in the blood, and that is why they are unaffected by conventional therapies.  For several years now we have been studying new therapies that target pathogenic plasma cells. As it turns out now, a very similar concept holds for pathogenic  T cells lymphocytes.

It is not easy to discriminate between protective and pathogenic plasma cells. The easier thing to discriminate is the specificity of the antibodies they produce. Many years ago, we published something called the cytometric secretion assay,2 that is used to label cells according to what they secrete.  We stain the cells with an affinity matrix of the antigen so that the antibody is relocated back to the surface. We can then isolate the cells and do experiments with them. This works for both cytokines and antibodies. We are now trying to develop this into therapy for the antigen-specific ablation of plasma cells. It has never been used on a broad scale, but it has been very informative whenever it has been used.

For the T cells, it is easier because the dangerous T cells cause inflammation and then must adapt to it. They look different from the protector T cells and so there are markers that can be used to isolate them. The special interest is not in antibodies killing them from the outside but in the use of small oligonucleotides that can block the transcription of key genes that they need for their survival – the targeting of critical transcription factors and microRNAs by e.g. siRNAs and antagomirs.

My vision for the future is that it will all be single-cell immunology, and will turn into the study of interactions between single-cells. For instance, we do not understand what memory cells are doing in the blood. However, we do know that when they rest in the tissues, the maintenance of these cells is dependent on their contact with the stromal cells, and both exchange signals constantly. This makes the cells persist for a lifetime as they can survive for 40-50 years, by being glued on to another cell. In consequence of single-cell immunology, there is single-cell therapy. What we see using the current single-cell transcriptomics is that the cells are extremely heterogeneous. We can not address the problem of pathogenic cells by targeting just one particular gene or protein, so we will get to a situation where we will address individual cells with a combination of therapeutic targets. The field is drifting towards single-cell based therapy where we will either put cells in to control pathogenic cells or selectively ablate them. Right now, we are getting far beyond the stage of the original cytometric classification of cells – TH1, TH2, B cells, memory cells and so on. We will have to come to a mathematical description of cells based on clusters of similar cells – families or tribes of cells – and we will have to invent a new nomenclature. That’s my vision of the future.

I think in two ways, yes. Our neighbor here, across the court, is Emmanuelle Charpentier, the Director of the Max Planck Institute, and my former mentor Klaus Rajewsky is also here in Berlin. They are both leading authorities in this. I think for genetic germline deficiencies, there will be ways for targeted repair of these genes. It is difficult because it has to be done in stem cells, but it is still possible. There are mouse models that show that it can be done. But these diseases are rare. For those diseases that are more dependent on the environment and have a complex genetic setup and predisposition, I think we have to address intracellular targets and transcriptional programs.

BD and the BD Logo are trademarks of Becton, Dickinson and Company or its affiliates. © 2020 BD. All rights reserved. 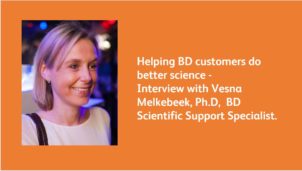 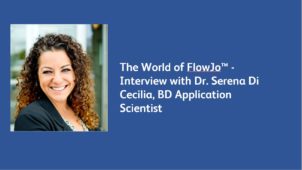 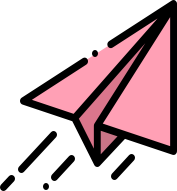